You are here: Home / Mortgage Sales / Technology – Friend or Foe?
Spread the love

Has technology really helped us to close more deals?

I don’t know how many extra transactions I’ve closed because of technology, but I do remember the first one that I lost because I didn’t have what my competitor did.

Flashback to 2005 and I was still working with a Motorola pager. Side note: For those of you not aware, we used to carry around this horrible little device about the size of a business card and 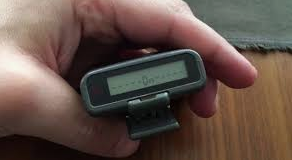 about three-quarters of an inch thick clipped to our belt buckles. It was only able to receive text messages and not only was it only a 1-way communication devise, but it only sent 10 numeric characters at a time. The original thought was that it would only include a phone number of the person you were supposed to call back. Think about how creative we had to get in order to send any kind of meaningful message while only using only 10 digits, it was way more efficient than a Tweet. So there I was in 2005 still using a pager, or a beeper as it was sometimes called and I couldn’t get my email on my phone. A client called and sent me an email at around 9 pm on a Friday night, they decided not to have me paged because it seemed like a hassle to them. I got the message on Saturday morning and it went something like this: 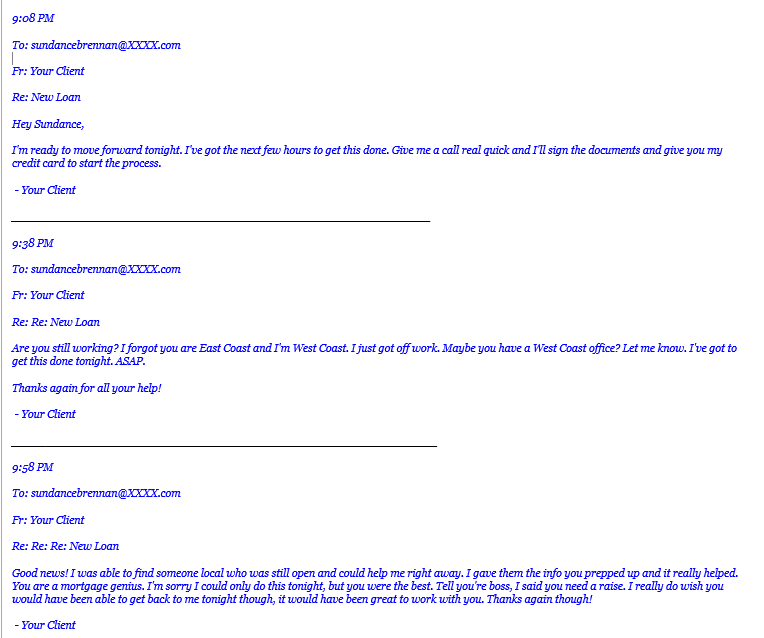 Suffice it to say, that person was never really ever “My Client”.  I went out and bought a Blackberry that night. I was determined that I would never ever lose another sale because I wasn’t available to answer a question or because my client worked different hours than I did. I would be able to get in touch with clients and answer questions no matter the time! It was going to be great and I was sure my business would double! I would be ABAD – All Business, All Day! Boomski.

But my business didn’t double. My very first full month in the mortgage business I wrote 30 loans. That’s a pretty decent number in the mortgage business for most offices. In fact, for most offices today (almost 15 years later) that number would be top of the charts. Why is that? Why hasn’t technology made it so that loan officers are regularly able to write 100 loans per month? Isn’t that what the age of technology has been promising for years? Digital mortgages without having to interact with an annoying salesperson get the process done quicker and easier by uploading documents and linking to a bank account are the promise land. What about in the car business? Docusign, Carfax, instant credit checks, and EZ approvals should make it so that deals close faster right, which would free you up to talk to more prospects. Why does buying a car take 4 hours?

What has technology done for you?

I’ve had it all. I had the Pager, Blackberry, Palm Pilot PDA, Laptop, Android, Fit and now the iPhone. I have a lot more tools available to me but I’m not really sure I’m better at my job because of it. I love technology, but lately, I’m wondering if it’s really been worth it. In the world of mortgages, (where I’ve spent most of my career), the cost of originating a loan has steadily increased over the last 15 years. Most of this is due to compliance and regulatory costs, but wouldn’t you think that the advances in technology would have made this much easier by now? How is that Facebook knows more about me than my mortgage bank? Why do we give so much information to Google, Facebook and Amazon but getting the mortgage process done is like a series of invasive visits to the dentist? What would the cost of a mortgage be if technology hadn’t made advances in the last 15 years? Would it be double? The same could be said for car sales. Almost every car shopper I know does some investigating online before ever stepping onto a lot. Has this information overload made the process easier or more palatable? Why can’t car dealerships just have test drive centers and then the rest of the process is online. I see Carvana and Tesla doing some of these things with success.

I love to go to the office. I want a sales floor to be boisterous and raucous. I get concerned when all I hear are keyboards and all I see are agents glued to their various screens. Does technology really make us more efficient at our job? The other day I had an employee who had “The Office” pulled up on her phone and she binge-watched at least 4 episodes while at work. I approached her about this when I noticed what she was doing and she said she liked to have the noise in the background and most offices have a flatscreen somewhere playing CNN or some industry news. She didn’t think it was an issue to basically be watching T.V. all day while at the office. How do you feel about this? She did her job better than some, but not as good as others, but what would have happened if I brought in my own TV Set to the office in 1999 and plugged in DVD after DVD of the X-Files?

Is technology a Friend or a Foe?

What will happen when we can regularly watch T.V. on our wristwatch or even projected onto the glasses we wear on our face? I’m sure that someone somewhere will make a pretty cool interface that will project the information about a client onto it so that we can build instant rapport or will be able to see their FICO score flash across sooner so we know whether or not someone qualifies quickly. Will that efficiency actually make things better? It seems like it would be pretty cool and I believe that technology will give us more information at a faster pace in the near future. Will some of that technology take your job? I don’t know. I suspect that technology is being developed at a pace that just lets us tread water and to make up for other difficulties that arise. Necessity is the mother of invention, so by the very nature of the invention, it is brought about to solve problems in order to satisfy the status quo. What if making that FICO score flash across our face means that we don’t take the time to speak to that client and give them some advise or ask for that referral? Is that really the best service and the best business practice? The highest converting prospecting tool I have right now is a text message. I often close 250K deals via text message, which is basically what my pager did from 1992-2005 when I finally got rid of it. The second best converting prospecting tool I have is the telephone. I actually call people. In a pinch, I text them and ask them to call me. So is technology a Friend or a Foe to the salesperson? I guess it’s both. Technology is a tool and like all tools, it comes down to the skill of the person wielding it. Do me a favor though, learn how to do things without the technology and then you’ll be prepared for when the power goes out every once in a while or your building loses wifi. I still have a phone book in my car that I travel around with, it’s an amazing tool.