You are here: Home / Mortgage Sales / 5 Reasons Military Personnel Make it in Sales
Spread the love 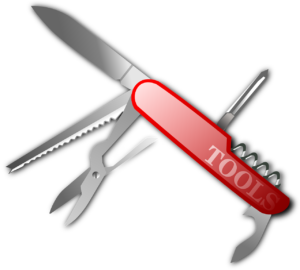 I’m sure what properly prepares anyone for the military, but I can say that the military has prepared some fantastic sales people. I’ve had the pleasure of working with close to 100 military veterans over my years and I’ve noticed some common traits that have helped their sales career.

I’ve seen these folks hear the word “NO” and push through it like it didn’t even matter. The military has a way of making you believe that you can do more, push more, ask more, learn more and just be more. The men and women that I’ve seen in sales have a tendency to have bigger goals and the willpower to get there. A lot of the salesperson’s ability to accomplish a goal is simply in their willingness to do what others are not.

The soldier is ready to trust in the system and follow the plan as long as that plan is well defined and laid out. Too many salespeople think that they can just “wing it” and their talent alone will produce good results. The military teaches you that it’s not just talent, it’s the ability to follow a plan, even in total chaos that keeps everything in order. There are a few things that I know to be absolutely true in the world of sales and one of them is that if you keep doing the right actions and stick to a proven plan, then you will find some success. Most people fail to have the discipline to keep to the plan. The plan is what gets you the desired results.

This is difficult to describe, but it’s one of the most important aspects of the sales person’s psyche. I have written about Grit before and I have tried to define it a few different ways, but let’s just say that it is the intersection of actions and will power. It’s not only the desire for success, but it’s the ability to translate that desire into methodical steps day after day in search of that success.

I don’t often talk about perspective, but it’s key to the big picture. The military teaches that what you do is vital, no matter how small it may seem to you at the moment. Your actions are key and there are people that depend on you. The system only works if everyone does their fair share and accomplishes their individual tasks. Without the individual tasks, the group accomplishments can not be made. The same thing happens in sales. We have to maintain the big picture and realize what our individual actions will lead to.

Military personnel have the ability to trust in the process, their coworkers and their clients. Trust is hard to gain, but once it’s earned the process becomes much easier and I find that trust elevates everyone around. When I trust you to perform your actions you are more likely to rise to the occasion, when my salesman says that he trusts the documents will be delivered on time nobody wants to let him down and certainly when he or she says a goal will be met we trust that it will be.

Make is a great day and take a leap of faith with a new ex-military sales rep today!